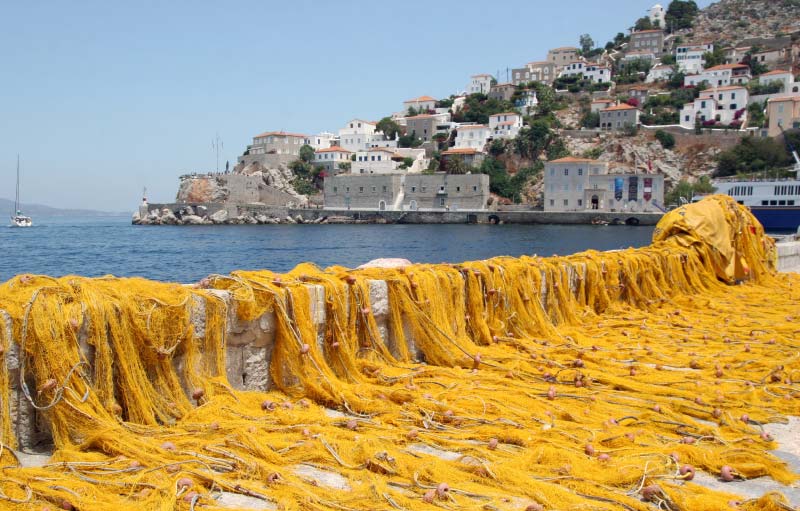 The beautiful island of Hydra is 36 miles from Piraeus, in the blue waters of Ermionida Sea. It has an oblong shape and is has a width of about four kilometres and a length of twenty. It resembles an oblong rock that was thrown in the sea and on it the vegetation is infrequent and the water non-existent. But the people who lived on this rock played a very important role in the time of the Greek revolution against the Turks.

The city of Hydra is built amphitheatrically on a rocky slope and with the mansions and the graphic alleys is a model of architecture. On the entire island there are no cars and there is a unique atmosphere of calm and harmony.

Hydra was occasionally inhabited by small numbers of residents, but in the middle of the 15th century came here to live colonists from the neighbouring Peloponnese, and made Hydra a great island. Since the land of the island could nourish only a few farmers and shepherds, most residents started to work to the sea and quickly became famous ship masters with a lot of commercial sailing boats.

The island filled with their mansions and became famous for its wealth. Thus, when the revolution burst out, together with the people of Psara and Spetses, they offered priceless services in the liberating fights of our nation. Many of the ship masters who were practised in the naval martial art facing the pirates, armed their boats and fought the Turks in the sea and the name of Hydra became known to the world.