The prefecture of Trikala is mainly alpine with amazing mountainous landscapes and forests.
The capital, Trikala is a beautiful modern plane city with very well organized street layout, streets and big squares. It is built at the same spot as ancient Trikke, known since the ages of Homer. It is considered to be the birth place of Asclepius. The river Lithaios passes through the town, creating a scenery of peculiar beauty with the abundance of water and the bridges. Visit the central arched bridge, ideal only for the pedestrians.

Some of the sights are: The Castle which was built during the era of the emperor Justinian and inside it the town clock and the outdoor theatre. At the centre of Trikala are located the ruins of the famous Asklepieion of the ancient Trikke. Varousi, an old noble district full of traditional houses. The Kursum Mosque, built in the 16th century and reconstructed in 1996 by the municipality of Trikala.

Meteora is one of the greatest monuments in the whole world and the second most important monastery complex in Greece after Aghio Oros. A group of imposing, steep and high rocks at the foothills of Mount Kamvounia at a distance of 9km from Kalampaka. At their top came and settled the first ascetic monks in the 11th century and since 14th century many monasteries were built. At first there were 24 with many hermitages and ascetic caves in the rocks, then 14, while nowadays are saved and function only 6: Great Meteoron, Varlaam, Rousanou, Aghios Nikolaos, Aghios Stefanos, Aghia Triada, all with a community of men, except the last one.
The monasteries that are saved nowadays attract the interest of ordinary people but also of the experts for their history, the monuments and their amazing natural beauty.
The monks of Meteora have contributed to the artistic production of the Byzantine and the post Byzantine ages. The monuments of monastery architecture and painting are of great importance.

The monuments of painting include murals, which cover all the interior surfaces of the walls of the churches according to the pattern and the style of the last Byzantine period and portable icons. The most ancient ones are kept at the sacristies of the monasteries. At Great Meteoron are saved notable samples of murals which stand out for their expressive force. At the narthex of the Monastery of Varlaam are saved the most representative samples of the murals of Meteora. 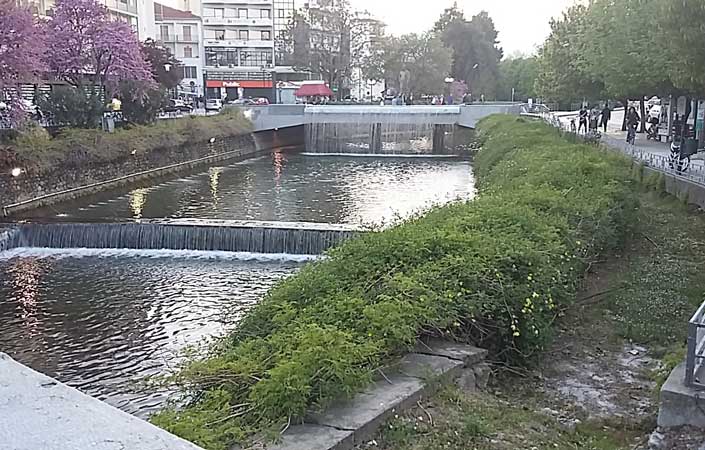 The Prefecture of Trikala belongs to the Region of Thessaly and consists of the municipalities of Kalampaka, Pyli, Trikkeon and Farkadona.