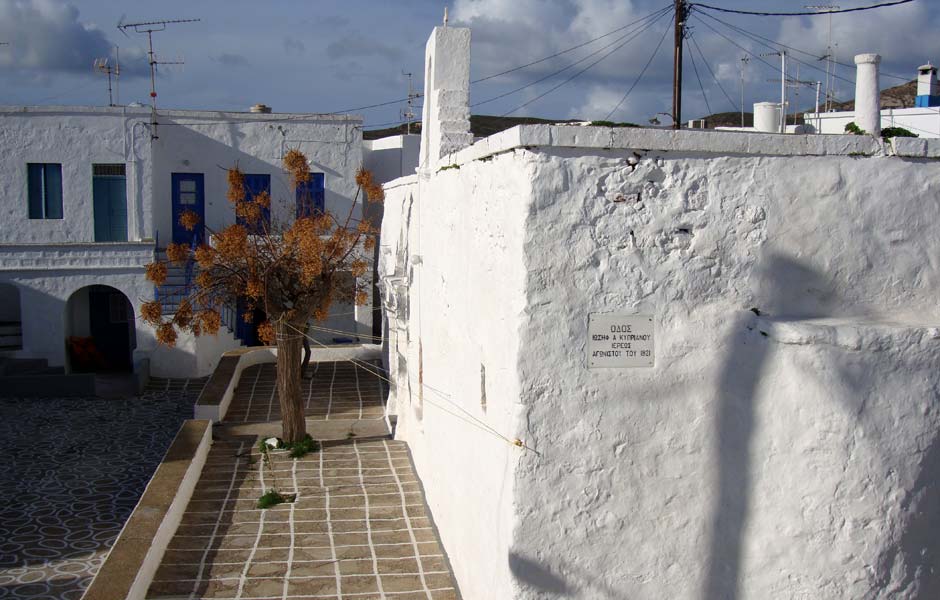 Kimolos is a small island of a pentagon shape at the southeast Aegean that lies between Milos and Sifnos.
The island covers an area of 38 sq. km and stands at a distance of 88 nautical miles from the port of Piraeus. The capital is Chora, with white Cycladic houses clustered around the castle.
The island is quite hilly and its higher peak, Paliokastro stands in the middle of the southwest shore. Its inhabitants are occupied with the shipping, the agriculture and the extraction of kimolia gi (earth’s chalk).
According to mythology, the island was named after Kimolos, Sidis’ husband, Tavros’ daughter. Later it was named Echinousses.
The island did not take its own course in history, as it had followed Milos’ destiny. It was a vassal state of Athens. During Frangkokratia, Markos Sanoudos united Kimolos with the Duchy of Naxos (1207). Later it was occupied by the Turks and during the Russo-Turkish war (1770-1774), by the Russians. After the liberation, it became a part of the Greek state.

By Ship
From Piraeus port and Milos

By plane
Nearest airport in Milos