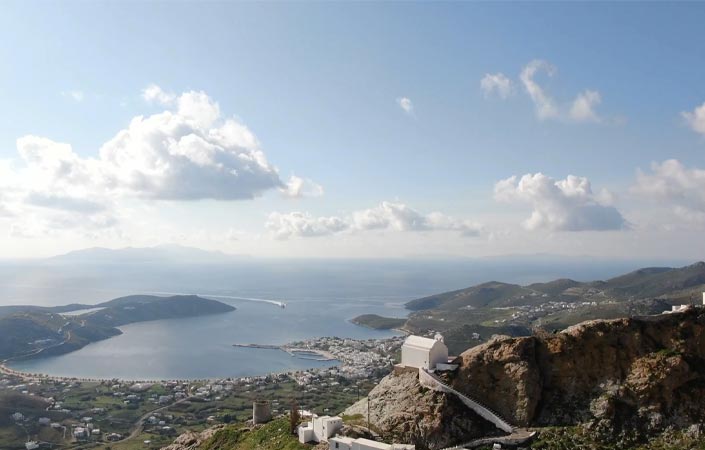 Serifos stands at a prominent position at the northwest side of Cyclades between Kynthos and Sifnos. The island has preserved its simplicity, regardless of the number of tourists that visit it every year. The vivid blue colour of the sea dominates as long as the green because of the island’s lush hills.
Livadi is the island’s port, a narrow bay with a road that leads straight to the capital, Chora, a white house village built at a strategic location, where stands the Venetian Castle.
Close by Galani village is located the monastery of Taxiarches with the amazing murals, important books and manuscripts.
The particular formations over the rocks remind of Perseus myth, son of Zeus and Danae, who was washed ashore on ancient Serifos and later turned into stone King Polydeuces using the head of Medusa. The roman emperors made the island an exile place for the political prisoners. The island is also known for the gold and silver mines that were looted by Barbarossa.
Serifos has amazing beaches as Mega Livadi, Koutala, Aghios Sostis, Psili Ammos, Aghios Ioannis and Sikamia. 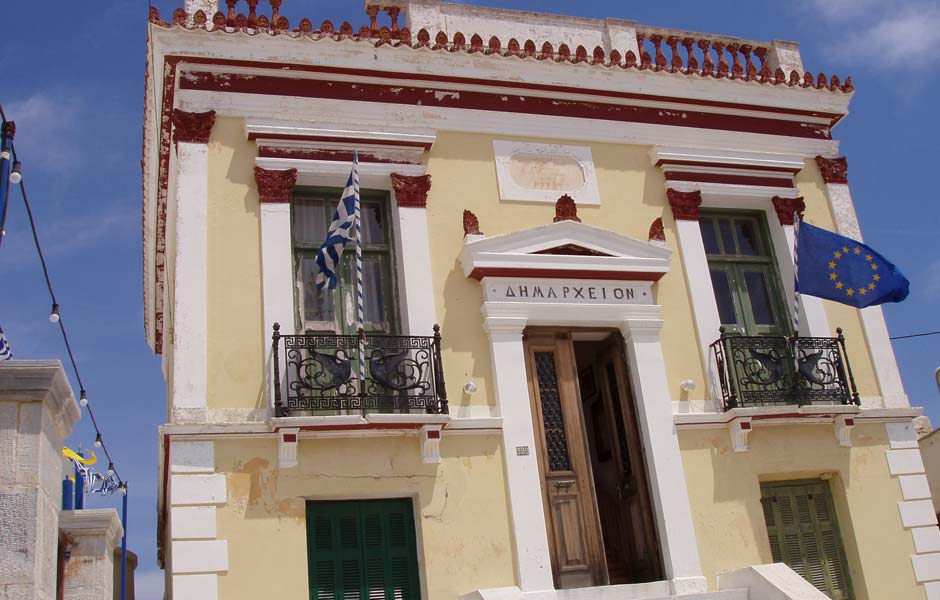 By Ship
From Piraeus port and the surrounding islands